The City of Charleston’s Fourth of July celebration, happening downtown tomorrow night (Thursday), will affect traffic on both sides of the Kanawha River. Starting at 5:30 p.m., Kanawha Boulevard will be closed between Capitol Street and Clendenin Street. Traffic on the south side of the river will be affected at different times during the evening due to the use of two firework launch pads.  Streets will remain closed until City crews are able to complete their cleanup of affected areas following the show.

The Fourth of July Celebration will begin at 6:30 p.m. with food, beverage and retail vendors lining the Kanawha Boulevard. At 8:00 p.m., the West Virginia Symphony Orchestra’s brass and percussion ensemble will perform from the Schoenbaum Stage at Haddad Riverfront Park. Fireworks will begin during the last song of the concert at approximately 9:30 p.m. 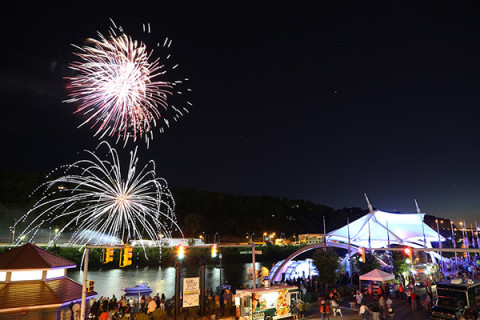